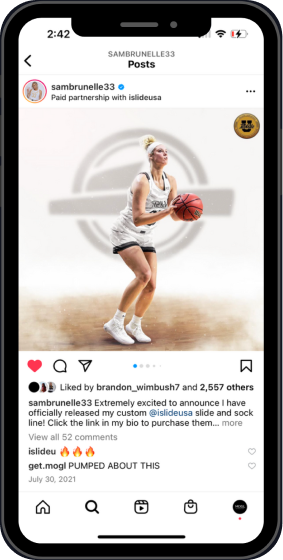 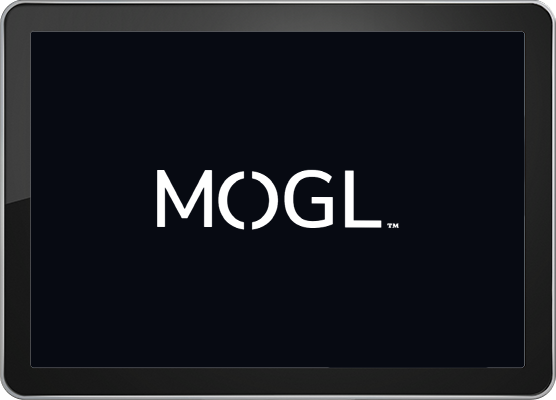 MOGL provides the market leading variety of opportunities to monetize your name, image, and likeness.

The First Year of Name, Image, and Likeness 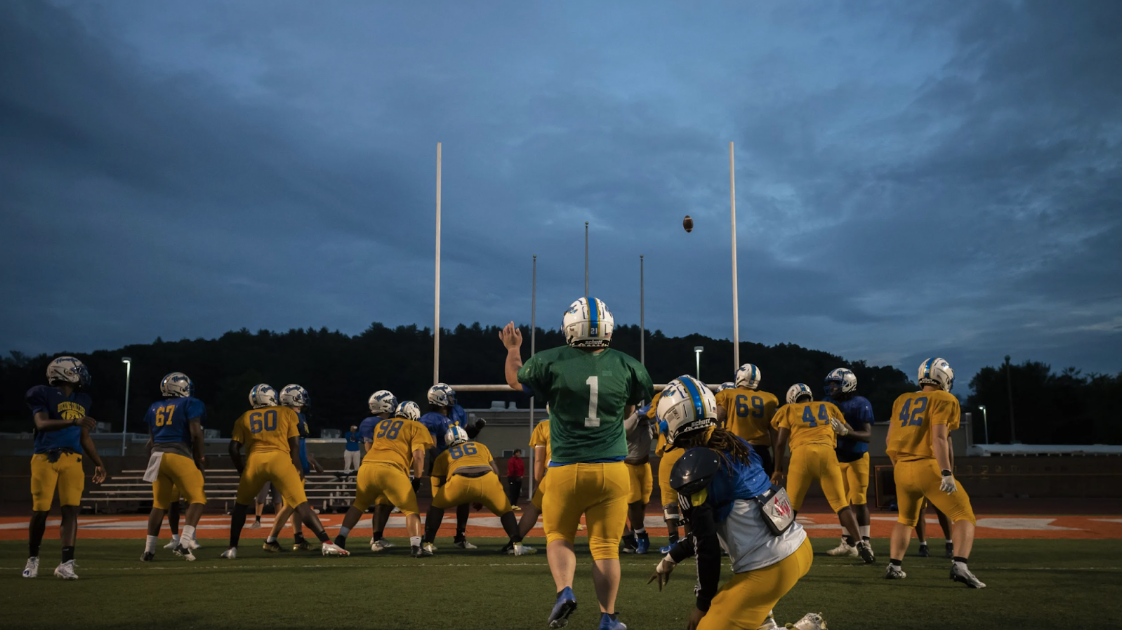 The First Year of Name, Image, and Likeness

In recognition of NIL’s first birthday, MOGL is celebrating by recapping this historic first year of activity and highlighting our impact on the rapidly changing industry.

How We Got Here

With all of the debates, stories, controversies, and developments surrounding NIL, it is hard to believe the NCAA’s interim policy allowing athletes to utilize name, image, and likeness was adopted only 12 months ago. The monumental decision opened the door for athletes to receive payment outside of university scholarships while enrolled in school, and created a brand new industry with massive growth potential.

The NCAA’s change of direction was a result of impending pressure from the Supreme Court’s unanimous ruling in the 2021 NCAA v. Alston case, limiting special antitrust protections for the organization. Although not directly addressing name, image, and likeness, the Alston ruling meant the NCAA could face significant legal action in the future for limiting student-athletes’ ability to profit while at school.

Due to an absence of federal legislation, state laws would govern NIL procedure, with university guidelines taking precedence in states with nothing in place. By July 1st, 16 states had already established a bill or executive order to guide NIL activity. The number is now up to 28 states, with 12 in the works for establishing their own bills.

Big Athletes Get the Big Bucks

During NIL’s infancy, a conglomeration of rules seemingly changing by the week left some skeptical on the benefit NIL could bring to collegiate athletics. Coined the "wild, wild west" by several news outlets, there were varying predictions on what NIL would look like aside from high-profile stars in revenue-generating sports.

Unsurprisingly, companies raced to be the first to sign athlete influencers with hundreds of thousands of followers.

The first legal month of NIL saw athletes like Bryce Young and the Cavinder twins participate in landmark sponsorships that have now grown to surpass seven figures. Brands were - and still are - willing to shell out loads of money on these deals, exhibiting the high commercial value of collegiate athletes as well as their community impact.

As time passed and the NIL model matured, money began to trickle down from the top players. In a first-of-its-kind deal, protein bar company Built Brands offered all Brigham Young University football walk-ons an endorsement deal equating to that of a full scholarship.

‍
On top of supporting a significant number of athletes at the university, news around the deal flooded social media, providing massive publicity for the company. Although still supporting the highest revenue-generating sport, this was one of the first steps in shifting the tide to support all athletes, not just the top 1%, in their NIL ambitions.

Continuing the trend, BYU was once again offered a hefty group deal by SmartyStreets – this time an opportunity for all female athletes to earn up to $6,000 per academic year.

Within a few months of NIL's legalization, a demand for athletes of all schools, sports, and genders was evident.

Although a month passed before the media and brands understood the value that athletes in non-revenue generating sports would bring, MOGL’s founding team visualized this demand years prior, starting the company long before NIL was legalized in 2019.

Co-Founders Ayden Syal and Brandon Wimbush knew the industry would be guided by NIL experts who could successfully and strategically connect athletes to brands while avoiding compliance pitfalls associated with new regulations.

Built by innovators with personal experience in revenue generating athletics and specialized in increasing equity within the NIL space, MOGL was founded on the core premise of putting the athlete first. Two years later, MOGL’s discipline in remaining an entirely free service for all athletes has enabled quick differentiation among other players in the industry.

With over 60% of deals on MOGL’s platform done by athletes in non-revenue generating sports, MOGL efficiently sourced unique opportunities to utilize all athletes’ name, image, and likeness for profit.

MOGL’s versatility is clear, as the platform supports athletes within a wide range of less than a thousand to hundreds of thousands of followers on social media.

Rayquan Smith, The King of NIL

Take a look at Rayquan Smith, proclaimed “King of NIL” and dual-sport athlete at Norfolk State University - Smith has utilized MOGL to land some of his 70+ partnerships.

It speaks volumes to the upside of the name, image, and likeness era that the “King of NIL” has thrived while attending one of the nation’s Historically Black Colleges and Universities (HBCU). Smith received recognition for his work when he earned the Hustle Award at the recent NIL Summit in Atlanta, Georgia that MOGL proudly sponsored. The MOGL athlete reiterated what the NIL landscape means to him.

“With the new era of NIL, college athletes like myself are getting paid from marketing themselves and it’s wonderful.” Smith continued, “MOGL gives me a chance to be on a platform so I can receive more deals from different companies and I appreciate them for reaching out and letting me be on their team.”

Being a student alone can be a full-time schedule. Factor in workouts and practices, and time becomes scarce. MOGL allows athletes to efficiently maximize their time connecting with brands, completing deliverables, and ultimately getting paid.

Caden Cox, The First Down Syndrome College Football Player to Score in a Game

More history was made in Nelsonville, Ohio, home to the Hocking College Hawks. The school’s undergraduate enrollment is just short of the total population in this small town (approximately 3,500, for context). Even so, the football team’s kicker Caden Cox made a splash and became the first collegiate athlete with Down syndrome to score in a college football game. Cox also went on to earn his own exhibit at the College Football Hall of Fame.

The recognition didn’t stop there – Cox is paving the way for young athletes with intellectual disabilities not only in the college sports arena but also in the NIL landscape. Featured in Forbes, MOGL connected Cox to the creative apparel line Jake Max, which promotes entrepreneurial opportunities for individuals with disabilities. Cox went on to design the artwork for the “kicking down barriers” apparel line as Jake Max’s new Chief Brand Ambassador.

Cox’s contagious energy and determination have led him to achievements that very few reach. MOGL is ecstatic to be a part of his journey.

MOGL was a key facilitator in another groundbreaking NIL deal in 2021. Maddie Johnson, a goalkeeper for the University of Detroit Mercy women’s lacrosse team, became the first black women’s college lacrosse player to ink a NIL deal from her partnership with Q30.

MOGL Co-Founder and CEO Ayden Syal is excited about MOGL’s role in creating an equitable and impactful experience for a variety of diverse and talented student-athletes, like Johnson.

“The MOGL platform is empowering the current generation of gender and racial minority collegiate athletes in non-revenue generating sports,” said Syal. “We are extremely excited to be able to empower athletes in this new era and look forward to continuing to make an impact in the lives of others.”

In year one, MOGL has repeatedly demonstrated a commitment to accommodating all athletes.

Year 2 of NIL will continue to provide clarity in an industry jumbled with opinions. Brands are taking note of the successful marketing campaigns featuring collegiate athletes, and the returns on investment emphasize the value this generation of student-athletes brings.

Universities will continue to consider bringing an NIL marketplace like MOGL in-house for streamlined access to and the ability to monitor deals and educational resources for their athletes.

Meanwhile, athletes are beginning their professional lives in which some extra income can make a difference. North Dakota State Quarterback Quincy Patterson explains, “MOGL and Comfort King have single-handedly changed my life. As a broke college student, life can be challenging and difficult.”

By connecting to a NIL partnership, Patterson found “the opportunity of a lifetime.”

While passionate debate among players in the industry and inconspicuous recruiting tactics will continue to be a part of the story, they are not illustrative of the movement as a whole. Expect stories like Cox’s and Smith’s to continue to define the NIL era of college sports.

As MOGL Co-Founder and Chief Athletic Officer Brandon Wimbush put it, “NIL is changing lives for the better and MOGL is leading the charge.” 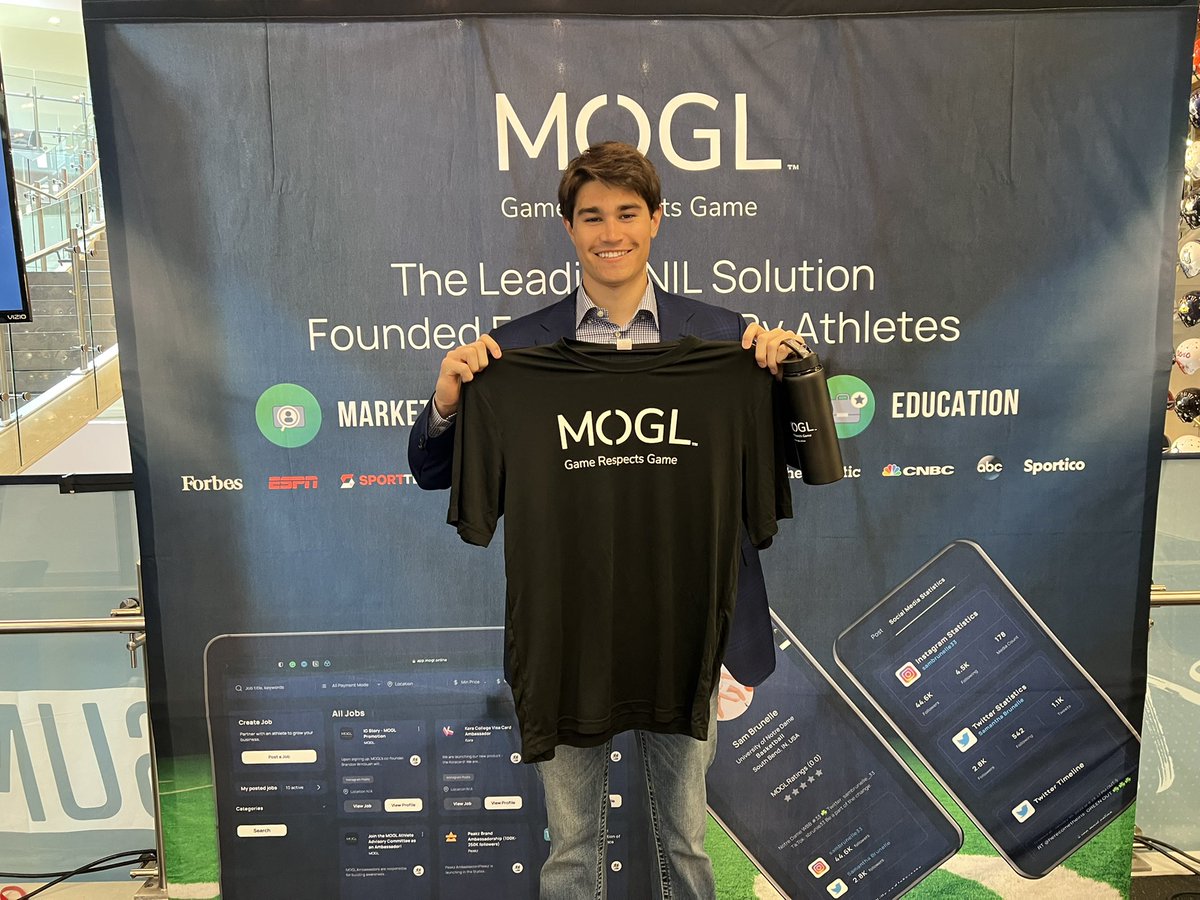 Hailing from a small college town in Massachusetts sits the proclaimed ‘King of DIII NIL’, Jack Betts. The Amherst College Wide Receiver utilized the last eight months to grow his personal brand into a marketable option for companies around the country. Business Insider sat down with the MOGL athlete to discuss his ability to leverage a number of deals into profitable income as a student-athlete, and MOGL’s role in his journey. ‍

The Cougar Collective has selected MOGL as its exclusive name, image and likeness (“NIL”) solution. 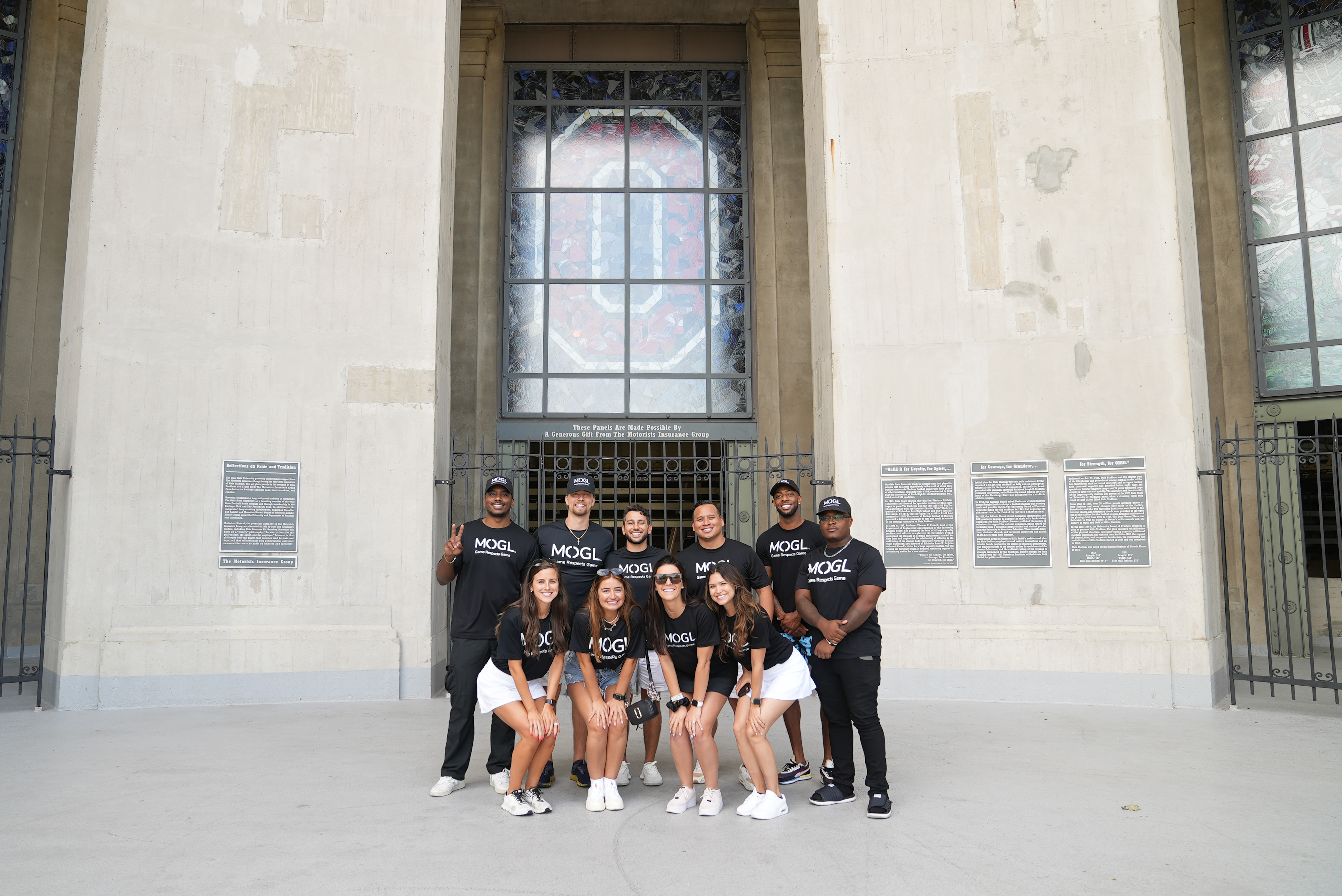 MOGL took a trip to Columbus, Ohio for an event and spoke to Ohio State University athletes, athletic administrators and local businesses about name, image and likeness and what they want out of it in this new era.‍ The NIL event was held on the week of the Notre Dame Ohio State University season opening college football game at Seventh Son Brewing Co.

Ready to get started?

MOGL is the first platform that helps athletes monetize their name, image and likeness